A network of paths 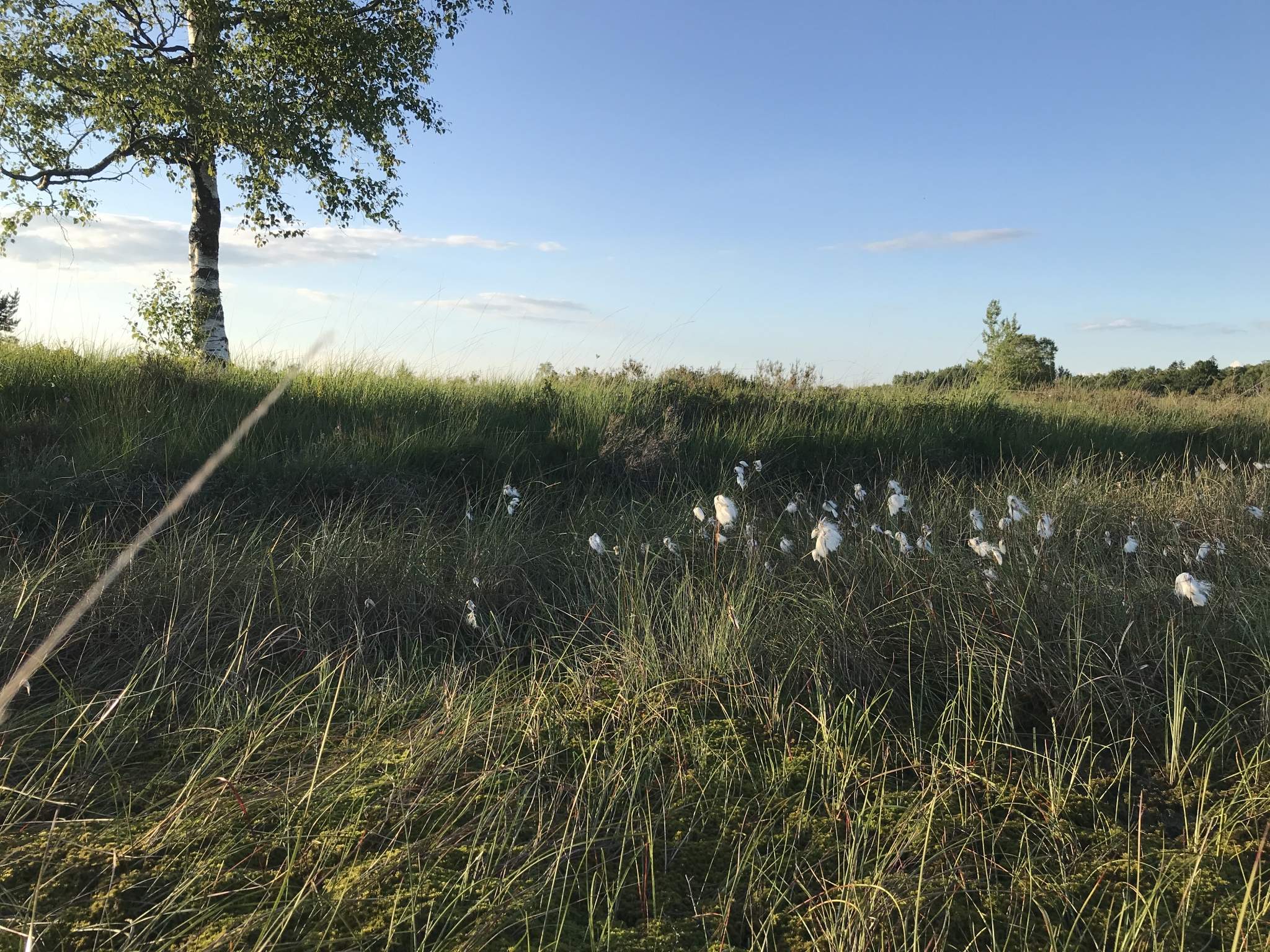 In order to increase the potential and to offer trail-runners the greatest diversity possible, we are dreaming up several ExtraTrail networks over communal bordering territories to those of Spa and Stoumont.

The ExtraTrail concept can be implemented and set up starting from various Tourist Information Offices of neighbouring municipalities or communes close to Spa and Stoumont - Theux - Jalhay - Stavelot - Malmedy - Waimes...

Interconnections (links) between paths would then be made possible with, as a key to everything, an option to lengthen the distances and the implementation of wandering paths. A trail-runner can thus "jump" from one path to another by means of junction routes, a few hundred metres in length. This approach favours combinations of routes, for more variety, but also for further versatility over distances.

The website will advise about connection options between paths. On the ground, specific-colour markings would be installed to allow the transition from one route to another.

The website also gives specific information on routes, like the condition of paths, the measures of care to take, a weather forecast, practical information and closures in the event of a possible storm, hunts or searches. 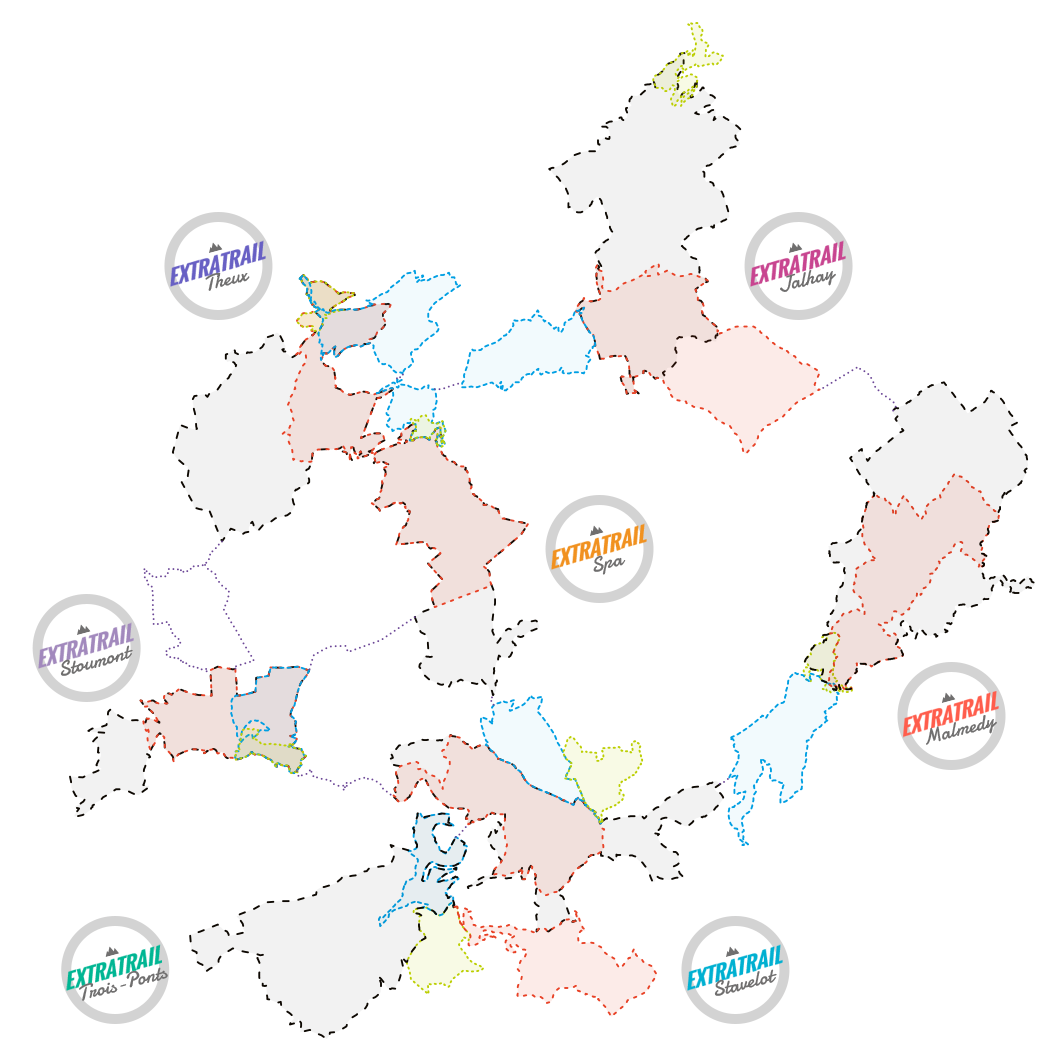 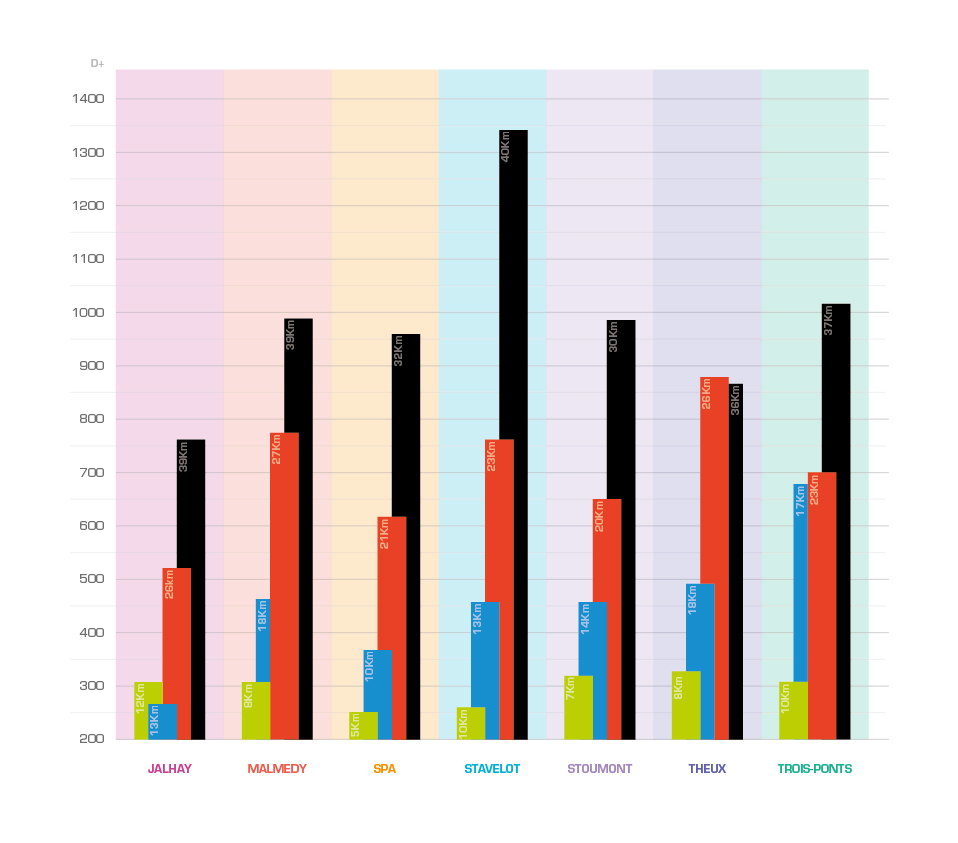