There is a connection to the Stavelot red and black trails at KM 11.1 of this route. See the detailed information below.

After leaving the Carrefour Market car park, just behind the Syndicat d’initiative, leave the city centre via Rue des Villas and Rue Willy de Backer before it becomes a stone road. Follow a lake, which is home to ducks and beavers, before branching off to the right to take a steep path which takes you to the corner of a pasture.

Stay left and follow a forest road perched on a corner before taking a steep climb which levels out somewhat before arriving in the village of Brume. While weaving in and out of the first farms, turn right (KM 4.75) to take the path which marks the limit between the woods and meadows.

Short descent on your right at KM 6.1 with an immediate left turn onto a path blocked by a barrier. Follow the ledge to KM 7.4 before descending via a very technical single track, which we recommend you approach with caution. When you reach the banks of Coo lower lake, turn left towards Plopsa amusement park. Cross the dam at its edge and climb in Grand Coo until you reach a road, then a path which hugs the inner contours of this lake in the shape of a horseshoe.

When you arrive at the other end of the water course, cross the dam on your right.

Remember that here there is a 400-metre connection to the red (23 KM) and black (40 KM) Stavelot trails. If you have the time, the legs and the desire, head to the Coo waterfall. This detour is only a kilometre (round trip) and allows you to appreciate the waters of the Amblève which pass over a big jump, spraying and smashing down.

Return to the forest via a path which climbs through clearings and admire the view of the lake before tackling a climb with a slope that only increases as you climb it.

At KM 15.3 and after a final climb, enter a large meadow which you’ll cross to reach the corner of the opposite wood by turning left.

All you need to do now is head down the hill and get back to the Trois-Ponts hills. Take Rue des Villas then Vieux Chemin de Brume in the heart of a residential district before returning to your departure point. 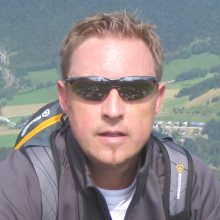