A fairly wide trail to Marché will get you up to speed before tackling the first challenge: a steep 600 m climb along a single-track then a rocky country lane towards Jevoumont.

The view is amazing with the ruins of Château de Franchimont in the foreground.

Continue the enjoyable descent towards Spixhe and turn right when you reach the N62 crossroads.

You leave the highway after 150 metres and take an amazing single track which zigzags towards route de Becco (Croix Noire). Your pace gets faster as the path unfolds beneath your feet. Via the quiet rue de Becco, take a path to the village of Hestroumont. After crossing the latter, you enter the wood.

A steady climb until you reach the Maquisard monument (km 8) in the hills of La Reid followed by a pleasant technical descent to Marteau, at the entrance to Spa.

After crossing the N62, turn left under the railway bridge and climb until you reach the first forest lodge. Turn right, and there is a short descent to meet a track perched on a ledge overlooking Avenue Reine Astrid.

Left-right to reach the Pavillon Bernard (KM 12) before heading into the forest.
At km 15.3, take the blue Spa trail, shared with your trail for approx. 500 m. Leave the blue Spa trail to the right at km 15.8 to head straight on along Ru de Chawion (stream) heading downstream.

When you arrive at some dwellings behind commercial buildings (organic supermarket and building merchant, head towards Theux along a country lane almost parallel to the railway line which meanders along the banks of the Wayai (river).

Just after km 18, join the blue Theux trail which you will leave then rejoin in the village of Sasserotte.

After having followed a pit and entered the Bois de Staneux, cross Route du Congrès de Polleur (road between Theux and Polleur) to reach the hamlet of Sasserotte which you’ll leave by turning left. This is where you will find the blue trail.

Cross the famous maize fields (in the summer); we recommend at full speed, arms aloft and shouting to scare the boars’ hiding in the plantation (don’t worry; it’s a joke)!

The time in the fields is short since you quickly rejoin the wood home to Château de Franchimont. Take a selfie on the drawbridge, and you’re done…

You then follow a single track parallel to Allée du Château before crossing Rue du Pré l’Evêque below Sassor and reaching the hills overlooking Theux.
Return via Chawieumont, a country lane which becomes a road leading to the departure point. 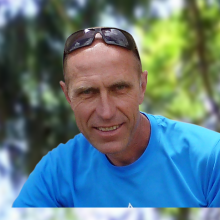