Starting at the Tourist Office (Route de l’Amblève 45 in 4987 Stoumont), cross the road heading for Roua (small tarmacked path by the Cremers household electrical goods shop). Slowly climb into the Roua district by passing behind the Le Fagotin educational farm, before taking on the first difficulty: a beautiful little climb which leads you into the forest, right above the village. At the corner of the little "Ardenne Cabane", chalet, turn left and carry on up to the Spa road (1.25km), that you climb back up over one hundred metres before veering to the left to enter the forest again.

Leave the 7km path route which turns left to continue straight ahead to the ford or over a wooden footbridge). Returning onto the Spa N606 road (KM 2), cross and take a path located between an old quarry on your left and the Nononrui stream on your right. This path, almost forgotten by the people of Stoumont, leads you, between the forest and meadows, straight ahead to the little village of Monthouet. Be careful - this section of the path crosses a private property. We insist on the absolute necessity to use the path with the discretion required to make sure you are quiet for the owners. Please close the gates behind you (risk of game escaping into the garden).

Join the upper part of Monthouet village that you leave through a cleared plot, then through a spruce forest. Once you have arrived onto the plateau which overlooks the commune of Stoumont, continue straight ahead and pass next to Croix Honey (3.75km). Arriving at the large firewall which follows (KM 4), turn 90° left. Carry on straight ahead on the edge of the Life area up to the KM 5.1 and again turn to leave, hearing for the forest. At KM 5.5, turn right and go back on the N606 tarmacked road. Turn left and continue for around 500 metres on the side of the road before taking a dirt track on the right between the meadows and a conifer wood.

Turn right again to follow the 21 KM and 30 KM paths. So, you run heading for Ville-au-Bois. Just before the village (KM 7.5), turn left by following the bank of the little Rau du Chefna river (GR route) that you will leave one kilometre farther to climb to the left, onto a stony path bordering the hunting stands. Once at the top of the path (KM 9), turn right. Just before KM 10, change direction to the left and hurtle down the land contours onto a stony path which will lead you, in a zigzag up to the N633 highway (Remouchamps – Stoumont).

Turn right and follow the road for 500 metres. Be careful - this section of the route runs alongside a road which is used quite a lot, without the real option of running on the roadside. Be careful and choose to run against the traffic to have better visibility.

After half a kilometre, turn left and pass into a narrow tunnel under the railway line.

Then pass the bridge above Amblève in the Pont De Naze locality, then climb, almost immediately to the right after the bridge onto a narrow path.
Jump to the right while the 21 KM paths climb to the left.

You run alongside Amblève over a cliff, until the Lorcé dam (KM 14). The paths turns to the left and climbs alongside the Rau de Fagne Naze over one hard kilometre. Turn left in a hairpin and join Lorcé village, which you bypass to your right. At KM 16.5, get back on the road which crosses Lorcé and get to a small tarmacked road which ends in the yard of an old farm. Go straight ahead in front of the building to enter the woods and cross the small Bermonru ford.

Run around the edge of a large meadow on your right. At KM 17.7, climb the stony path to the right alongside Rau du Fossé. Although wide, this passage is quite narrow and you have to suffer a great difference in height levels. The soil is covered in large pebbles, caused by wild boars hunting for food. At the very top, you take a forest path on which you turn left.

Climb this path and then commit yourself into a section interspersed with concrete markers, indicating the passage for pipes. Turn off to the right then to the left after 250 metres to tumble down the land contours and rejoin a stony path which leads you just above the old Eau de Bru factory (mineral water). By cutting onto the tarmacked road, take it on your right and continue on for a difficult kilometre over this little road that you leave into a large hairpin bend. Keep straight ahead until rejoining another tarmacked road.

The panoramic view here is remarkable since opposite you, you will see both Stoumont village sat at the top, while on your left, you can distinguish the hill that you have crossed over the first part of your route, as well as Lorcé village.
While you turn left and you run heading for Chession hamlet over a tarmacked section, dive to the left to descend for a long time, and catch the 21KM path route again.

At the junction of the 21KM and 30KM paths, turn right and climb until the Chession village surroundings that you avoid by keeping to your left to set off again through the woods until the property of Targnon Castle.

Leave the village to rejoin the forest. At KM 18.6, turn left and begin the climb towards Stoumont (wide bend on the right).

The landscape opens up and already the first houses appear (Lodge 7 Hills). Turn right onto a path up to a bench offering a splendid viewpoint over Amblève valley and over the land of Golf Champêtre. Breathe deeply to approach a last nasty slope which lets you access the lower part of Stoumont village. After one hundred meters, go down another little path which winds between the gardens and return to the Tourist Office.

Drinks and food required.
Mobile telephone and survival blanket strongly advised.
Be careful crossing highways.
Prepare to become lost. You are going to reach Amblève valley from all angles, zigzagging over its foothills and admiring an incredible variety of landscapes and viewpoints. 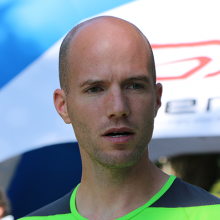